It was probably 1990 or 1991 I don’t exactly remember, but I used to help my dad at his photo printing shop and I realized we could use some music there, so he had this vintage National Panasonic cassette player that he used to listen to the radio, 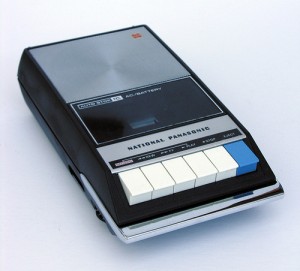 I asked him if I could use it to play some music, and he agreed saying “as long as you don’t play it loud”. So now I had the player, I needed some tapes, but where ? how ? who ? I had absolutely no idea what to listen to, the only tape my family had at home that I kind of enjoyed listening to (please don’t laugh) was Boney-M, and I got bored listening to it over and over anyway, and the local Arabic or Armenian music didn’t appeal or interest me at all, no offense but they sound like you’re in the middle of some middle eastern wedding in 1920 and everybody is dancing on your head.

Anyway! One day one of my dad’s friends brought me a tape, it had no case and nothing written on, he said I can keep and listen to it, and so I did ! I kept listening to the single cassette tape I proudly owned. It sounded like different musicians were playing on it, it must have been a compilation I thought. And so months have passed and I kept listening to this mysterious tape, there was one song that I loved! I wish I knew what it was called.

Would’ve been great if we had Shazam or Internet back then!

At some point I wanted to get more tapes and listen to more music, so I made a feeble attempt to pick up some music randomly from a local music store, now I’m not gonna tell you all of the tapes I got, some were pretty embarrassing, but among the tapes were Pet Shop Boys, Aerosmith, Brian Addams, Bon Jovi and The Freddy Mercury Album which was just released. I loved everything I heard , but I have to admit my dad didn’t like all of them specially Aerosmith.

Fast forward a few months, it was 1993 and my friend introduced me to a new band that he had just discovered, we both loved the music, it was Pink Floyd’s The Division Bell we were listening to, it had just been released. So we decided to go down to the local music store and pick up more of their albums, we got The Wall, Dark Side of The Moon and Wish You Were Here. It was a Sunday morning and my dad’s store was closed but I had the keys, and by then I had brought this vintage Denon cassette deck to the store, it had really nice and big speakers and nobody was using it much at home anyway. 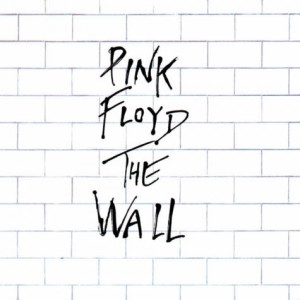 So we started playing The Wall and blasted the speakers and it started “So ya, Thought ya, might like to go to the show…” and it suddenly hit me in the face! This was so familiar, how ? and why ? I didn’t understand what was going on until Comfortably Numb started and then it all made sense, I opened my eyes wide and dropped my chin in shock and happiness. It was my favorite song from that mysterious tape!

Later I discovered that the tape was a collection of Pink Floyd and Scorpions songs.

2 Replies to “Inspiration – The Early Days”