Paradigms is now available through Just for Kicks Music, featured in the latest catalog with a short and sweet review by MetalGlory.de

Hagopian unearthed a phenomenal mix of Metal, Prog and Fusion 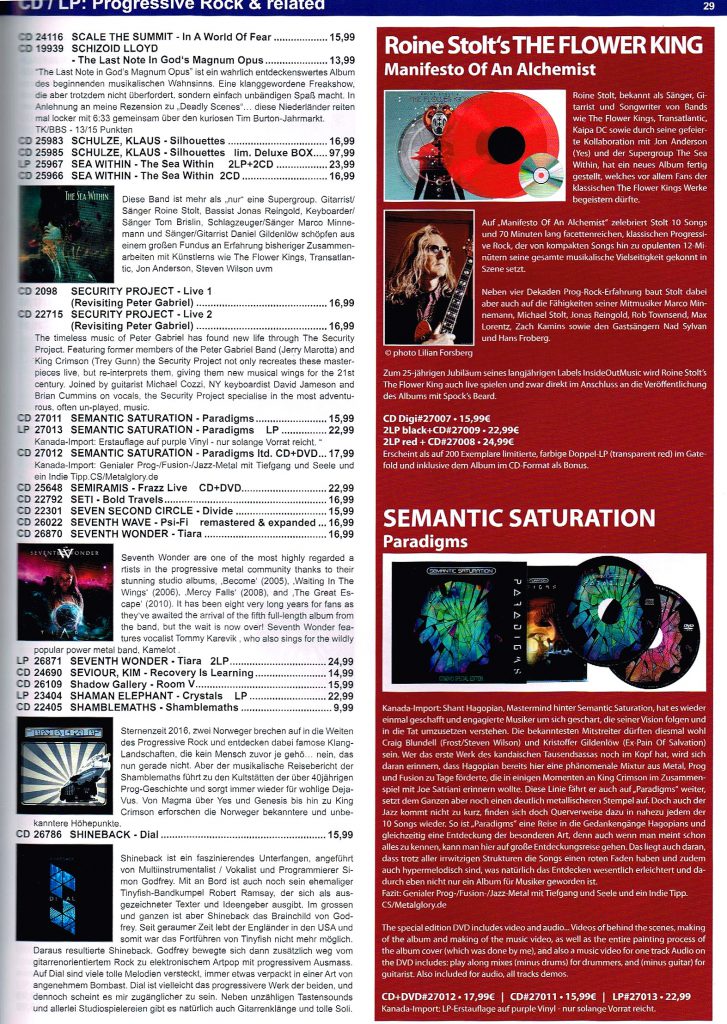 Translated with Google:
Canada import: Shant Hagopian, mastermind behind Semantic Saturation, has made it again and gathered around dedicated musicians who follow his vision and put into action. The most well-known comrades are probably Craig Blundell (Frost / Steven Wilson) and Kristoffer Gildenlöw (Ex-Pain Of Salvation). If you remember the first work of the Canadian
jack of all trades, remember that Hagopian already unearthed a phenomenal mix of Metal, Prog and Fusion, which in a few moments reminds King Crimson of his interaction with Joe Satriani. He continues this line on Paradigms, but adds a much more metallic stamp to the whole thing, but jazz is also not missing, since cross-references can be found in almost every one of the 10 songs, making Paradigms a journey in the train of thought of Hagopian and at the same time a discovery of a special kind, because even if you think you already know everything, you can go on a great journey of discovery here. The reason is that in spite of all the crazy structures the songs have a common thread and are also hyper-melodic which of course makes discovering a lot easier and thereby is not just an album for musicians.
Conclusion: Ingenious prog / fusion / jazz metal with depth and soul and an indie tip.
-CS / Metalglory.de