I was at the Sons of Apollo show in Montreal yesterday and met the legendary keyboard player Derek Sherinian who played on my debut album Solipsistic and also plays on the new album Paradigms. What an amazing show it was, full of surprises! And here I was, wondering what were they going to play for two hours or so. Silly me.

Here, we were joking on how the new Semantic album will blow your brains out.

Yesterday in Sons of Apollo, today in Semantic Saturation. None other than your beloved keyboard virtuoso Derek Sherinian will be the special guest one more time on the new album “Paradigms”

Derek is extremely excited to be part of the new release, he is constantly following up with me on the progress. His keyboard parts are delicious and will make your face melt, I know cause it happened to me and I paid a fortune to have it fixed by a plastic surgeon.

I will announce the bass player next week. Stay tuned!

This is Your Chance to Jam with Your Favorite Musicians from ‘Solipsistic’.

Montreal, Canada (September 6, 2013) – Progressive Metal project Semantic Saturation to release isolated instrument tracks (Jam Tracks) for the entire album “Solipsistic” through their website at www.semanticsaturation.com/jam
Musicians will have access to download WAV files of both isolated instrument Stems and Backing Tracks from the original record, for all nine songs from the debut album. Additionally, guitar players may download Guitar Tabs and Guitar Pro 6 files; which are carefully transcribed by guitarist Shant Hagopian himself.

Jam Tracks of two songs “Stardust” and “Lost and Found: Insanity” are currently available through the webpage above, and more songs will become available in the very near future as soon as they are transcribed.

Musicians will have access to Stems and Backing Tracks of *all* instruments in one song by using a single KeyCode. Key Codes are obtainable through www.semanticsaturation.com/jam.
Once a Key Code is used it cannot be reused to unlock Backing Tracks of other songs. To download the Backing Tracks of additional songs you will need more Key Codes.

The article features the track Stardust from the debut album Solipsistic, with a short review and a rating of 4/5 -Too Hot to Trot

The new single Stardust from Montreal based Semantic Saturation is a fabulously produced track that evokes strong imagery in the listener.

Fantastic musical sensibility provided by a stellar line up including Derek Sherinian (ex-Dream Theater) help to make this track a stand alone masterpiece.

The band released their debut Solipsistic in January of this year to rave reviews:

” If you are an instrumental Prog Metal lover, this is the first masterpiece of 2013 and a real must! ” – Power Prog

” The music will come to you and slap you hard in the face,
a sweet punishment, painfully delicious. Music that goes beyond magic and reality, a prog-fairy-tale.
Passion, wisdom, crazy theory… Solipsism. ” – Lady Obscure

” I can verify right now that ‘Solipsistic’ is the epitome of progressive rock/metal. The album is boundless, and will forever stand the test time. Absolutely brilliant and well worth the wait. Do not let this one slip by. ” – Metal Buzz

The sheer brilliance created by this unique line up make Solipsistic an album that should be on your radar. 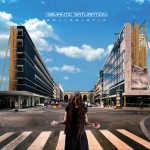