… You might ask, as I do myself every single day. Turns out making records is not as easy as it sounds, who knew? In the last update I mentioned Alex (sound engineer) who started mixing the album in October. Things dragged in December and January and Alex left to tour with his band in the last month or so. Musicians go on tour, who knew? Alex is now back and will commence working on the mix WHEN his new computer arrives. Kill me 🙂

Meanwhile, my dear friend Richard is (still) editing the majestic new music video for one of the tracks from the new album. Obviously, we won’t be able to release the music video if the song is not mixed and mastered yet. Having said that, I still haven’t seen a single second from the edits, but Richard is being optimistic and said “it’s really worth the wait” (his words).
The music video should be done by the end of March. <– See what I did there Richard? …. Richard? …. Wake up Richard.

This post is totally not a distraction to make you forget that I still have to finish working on the album cover and artwork. What’s with 2018? Did the government spray some laziness chemicals in the air or something?

My music is now on a new platform called Musicoin. Yes, it’s one of those crypto-currency (digital currency, Bitcoin) thingies; and if you don’t know what Bitcoin is, make sure you include the location of the rock you live under in your mailing address, at least you’ll get the new CD when it’s out; not sure what you’ll do with it though. 🙂

Unlike Spotify, or other similar industry giants who are destroying the music industry, Musicoin actually pays the artist 1 $MUSIC by a Pay-Per-Play (PPP) smart contract, and the best part is, you (the listener) don’t pay anything out of your pocket. So, who pays the artist? Miners (Mind you, they’re not human miners). And who pays the miners? Miners solve computational work to mine $MUSIC and they get paid for their work by the Musicoin ecosystem. Pretty smart, eh?

The numbers, what do they mean?

1 $MUSIC is currently worth 2.5 cents, Spotify claims that their average pay per stream is $0.007 which is a flat out lie, the real number is around $0.004 (that’s less than a cent, not even half a cent) which is also the average pay per play for other streaming platforms like Apple or Amazon etc… HINT: If you’re listening on Spotify, you’re not paying the artist, you’re paying the millionaires.

But what do I know?

Go listen to some music and support artists directly.

I hope I’ll be back with better news next time

Alex Argento‘s mixes started coming in as we speak, there will be some back and forth feedback before we get to the final mix, but we’ll get there.

Meanwhile we’re working on a fabulous music video for one of the tracks from the new album Paradigms, titled “Carousel of Death” with the amazing duo Richard Bastarache and Steph Miramontes Art. We’ve already shot in a few locations over three days, first two of which went great, and the third day… I don’t wanna talk about it right now, but we managed to pull it off; thanks to my wonderful wife Nanor Wazirian who’s organizing everything and doing her best to put together the music video.

I’m also working on the album cover, as you may or may not know, I’m painting the album cover digitally myself, it’s gonna be something out of this world, literally. And if you’d like to watch me paint, I have a twitch channel where I stream the painting process live, go follow me there at www.twitch.tv/metroprog.

Over and out!
Shant

I’m finally mixing down all tracks in each song and preparing to send them over to Alex Argento to start mixing and mastering.

It’s a tedious, repetitive and not a fun process, but needless to say it’s absolutely worth it. I know when Alex moves his magic wand it will brighten up all the songs and add an extra spicy flavor to them, and no I’m not talking about the wall of sound everybody and their cousin are doing nowadays. In fact I always ask Alex to avoid going down the loudness war road. 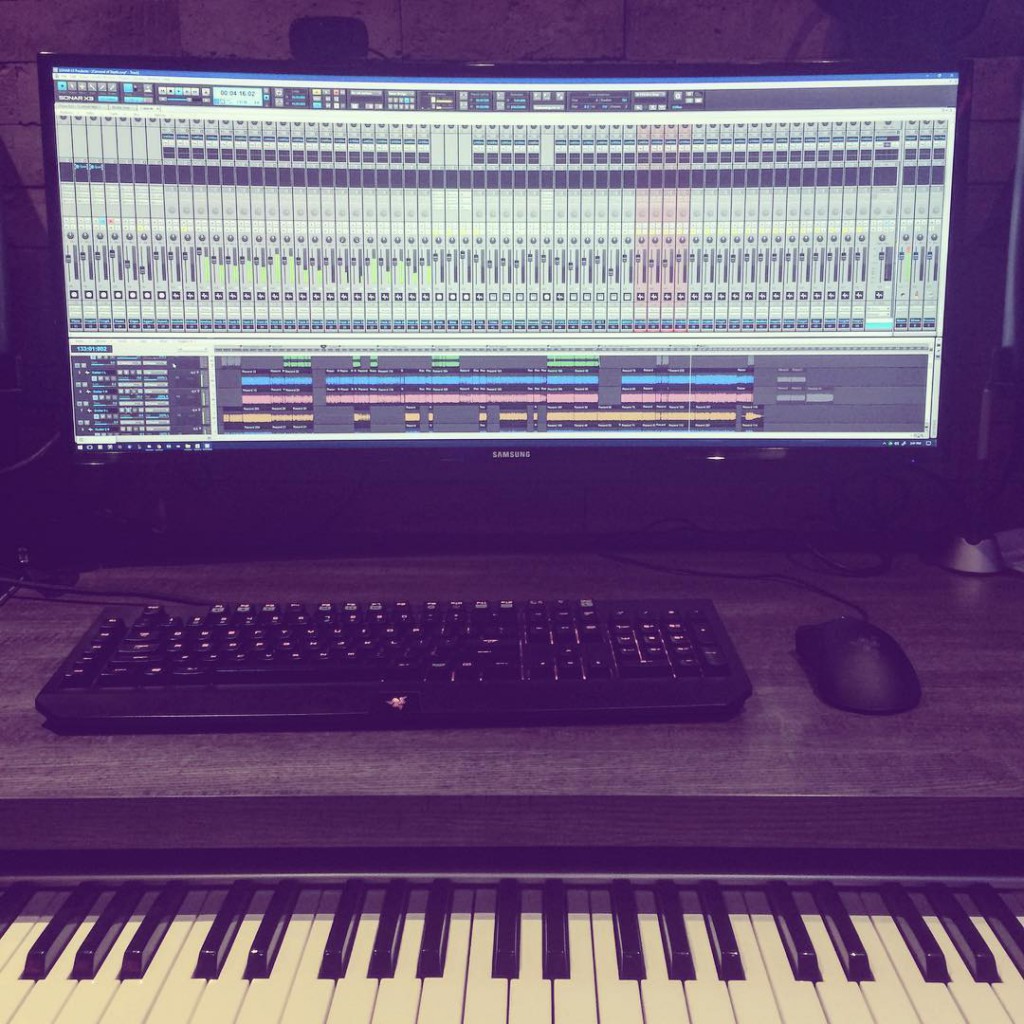 And now my watch begins.